Our Time in Bahia

A lot has happened since our last post. We celebrated Leentje’s birthday, Silmaril’s bottom was cleaned and freshly painted, and we sailed to Camamu and back. We had to solve a few technical issues on Silmaril, mainly leaks in the fresh water system. Finally, our ‘motor de poppa’ (a small outboard engine we use to move around with the dinghy) isn’t working, despite the fact that we have already called on a mechanic three times to solve the problem. European engines don’t seem to be running well on Brasilian gasoline. Leentje says she doesn’t mind, as I am now obliged to row, which according to her develops my muscles (which muscles?). 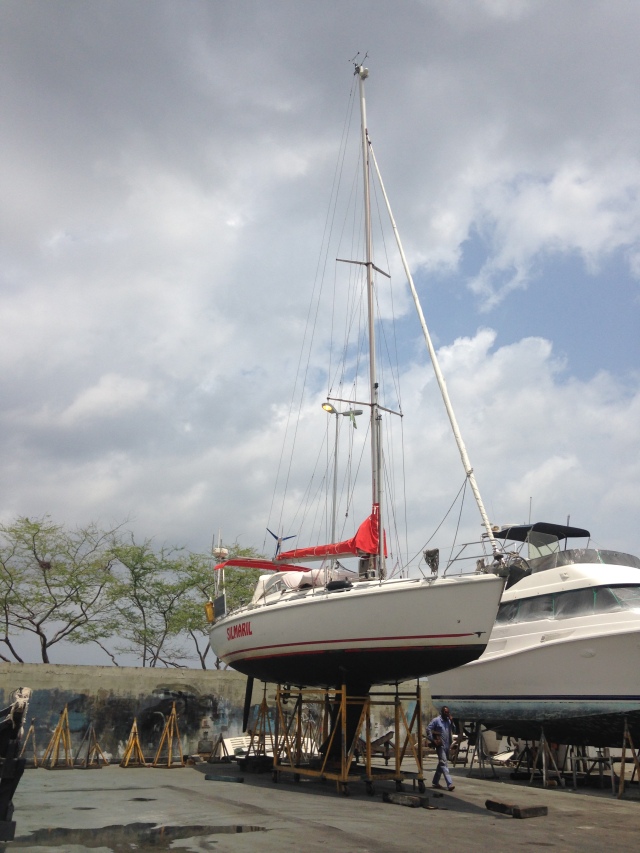 Silmaril hauled out in Bahia Marina, ready for a full `spa` treatment

The most interesting happening is that we have been making friends here. This is very special, as besides the warm human contacts, these encounters brought us closer to the Bahian culture. The downside is, we don’t feel like leaving. If only the immigration law would allow us to stay longer… Thank you Molly and Nelson, Fernando and Erica, Jens and Blanca for your hospitality and your help. 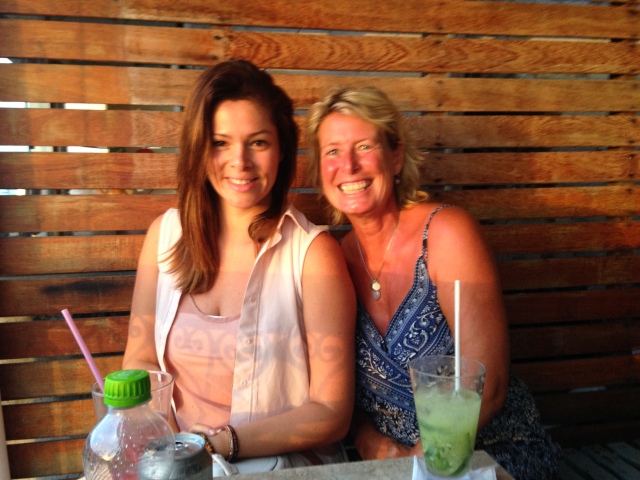 Camamu is situated 70 miles south of Salvador. Besides being a small city, it is most of all a beautiful bay. It is of such beauty that one would easily believe this place is heaven on earth. The nature is of untouched beauty, and unlike many places in Bahia, it is secluded and very peaceful. We anchored in different places, one more beautiful than the other.

The most remarkable anchorage was at Maraú in front of the house of Jens and Blanca, a German-Peruvian couple who has been living in this bay since twenty years. Jens and Blanca are sailors themselves and have crossed the Atlantic many times. They keep their boat on the banks of the river. Jens and Blanca invited us over for a drink. Only then did we discover how much of a paradise they have created of their land. Their garden is beautifully designed with many species of exotic trees, fresh water flows from a spring, and their house is an open house (no doors, no windows), allowing the wind to function as a natural air-conditioning system. The Caipirinha, based on Cachaca and the ‘limao’ picked from the trees in the garden, could not have been better. Leentje and I feel blessed and grateful for having met with such an exceptional and inspiring couple. 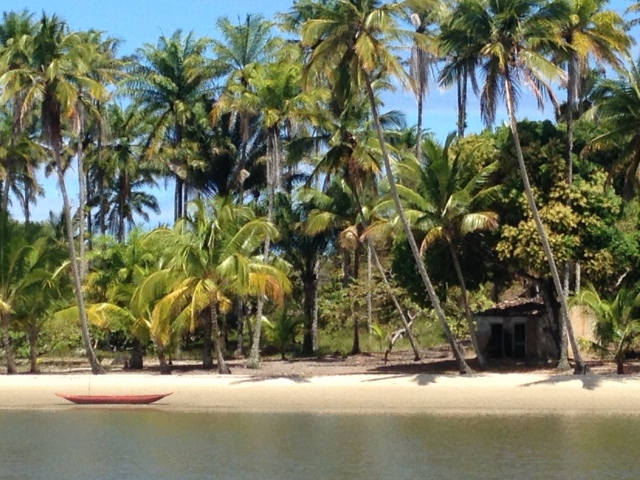 One of the secluded anchorages in the Camamu bay

Blanca also had the kindness of showing us some more beautiful spots in the area of the Maraú river. A most remarkable day we spent with her rowing with the dinghy from the boat on the river all through the mangroves, leaving it tied to a mangrove tree, where upon our calculations the flood would approximately retrieve to by the time we had to head back, further soaking our way through the mangroves mud to the land and following for miles through breath-taking nature a small trail and further on a dusty road to take us all the way to the Atlantic sea side and the marvellous beach of Algodóes, where we enjoyed a day at the pearl white tropical beach, having beers and a great lunch and now and then a plunge in the 30 degree water to find some refreshment… The evening walk back at sunset and the quiet night peddling back to Silmaril, made this totally new experience for us just perfect! We had the best of all worlds just in one day… A day to remember for sure! 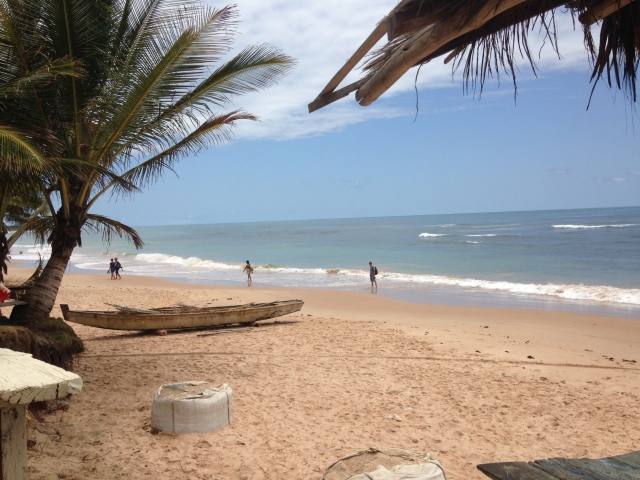 Of course, after 10 wonderful days at the Camamu-Maraú bay, we felt a bit sad leaving this piece of paradise and Jens and Blanca to head back to Salvador. But nature put us back into reality very quickly with 27 knots of wind on the nose and building seas. It didn’t take long before we had three reefs in the mainsail, and we felt lucky with the smaller headsail we had fitted onto Silmaril earlier. We reached Salvador 15 hours later during the night. All the hardship was made good by the view of the skyline of Salvador by night and a beautiful and amazingly big full moon rising behind it. Wow, what a view.

Once again our plans changed. Maybe we should not plan much in advance anymore. So plans become more of a general direction allowing new input to make them better or to completely change them. We planned to sail north in the direction of the Caribbean. Mind you, it is still a plan, but just not now anymore. We will be back home on 2 December for a period of three months. This will give us the opportunity to be in Brazil again for another three months before heading to new destinations. In the meantime we will be home during important family happenings. We keep you posted…

We are Leentje and Patrick. We have been cruising since June 2014 with the ambition to sail around the world.
View all posts by Patrick & Leentje →
Aside | This entry was posted in Brazil, Geen categorie. Bookmark the permalink.

1 Response to Our Time in Bahia